Wild Wonders of Europe has started!!! 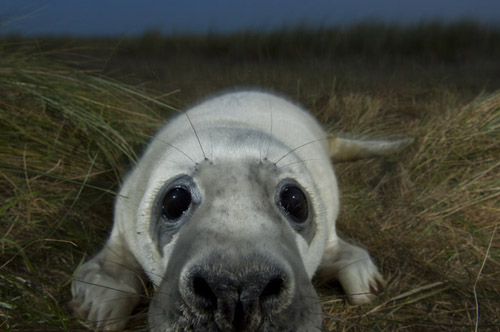 First mission: Donna Nook, England, UK.
After checking on Google, Donna Nook appeared to be a RAF bombing range… Hmmm, what a funny choice for a Wild Wonders mission to photograph soldiers at a military camp. But since Obama has been elected and the media have portrayed him as the perfect new president of the world… maybe Soldierus militaricus is a freshly new threatened species on the IUCN red list and WWE wants to record the last specimen…” I realized my mistake when I checked the “Must Do shot list” including : fights, close up and… mating!?! I was about to quit the project when Florian Moellers called me to say “Noooo, not those big fat guys! THOOOSE big fat guys : the SEALS!!!”. OOOOOOK! Of course, the seals! …

To read the rest of the blog :